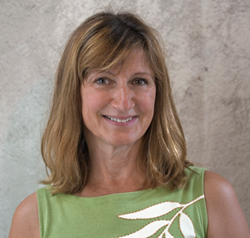 My lab addresses questions related to the evolution, ecology, development and conservation of flowering plants and their mutualists, including pollinators and arbuscular mycorrhizal fungi. We have three major foci in our lab: 1) studies of native and invasive species’ interactions, population dynamics and community biodiversity, 2) the influence of pollination and soil mutualisms on phenotypic evolution and how their disruption can destabilizes communities and 3) the role of shifts from outcrossing to self-pollinating mating system in plant speciation and genome evolution.

To address these topics, we use a combination of observation and manipulative experiments, genetic and genomic approaches and modelling . We examine how species interactions alter plant species fitness and population dynamics. Since 2002, we have collected data in long-term experimental plots within a forest to capture the dynamics of native understory herbaceous species and the pervasive exotic species, garlic mustard. Our research addresses the population dynamics of palatable vs. unpalatable species and the role of white-tailed deer in facilitation exotic species invasion success and invasive species in the destabilization of both mycorrhizal and pollinator mutualisms. We also explore the ecological conditions that favor shifts to selfing and the genomic consequences of such shifts. We are exploring the long-standing hypothesis that selfing is an evolutionary dead-end using the genus Collinsia, an excellent model system for this hypothesis because it shows repeated sister species pairs that differ in mating system.

I am currently the department head of the Department of Ecology and Evolutionary Biology at the University of Tennessee, Knoxville. I recently served as an Editor for The American Naturalist and am co-leading a working group at National Evolution Synthesis Center (NESCent) at Duke University (2013-2014). Our working group addresses Baker’s Law—the idea that self-compatible species are better at colonizing new habitats. I have served as a Program Director in the Division of Environmental Biology at the National Science Foundation and served on the editorial boards of Evolution, The American Naturalist, and Journal of Ecology, In addition, I served on the Board of Directors at the National Aviary in Pittsburgh for 10 years.